This is a 3 part series about SLEEP in our house. Today – Sleep as a schoolkid.
Part 2 – The sleepy train is LATE today.(toddler)
Part 1 – Sleeping like a baby. Not. (baby) 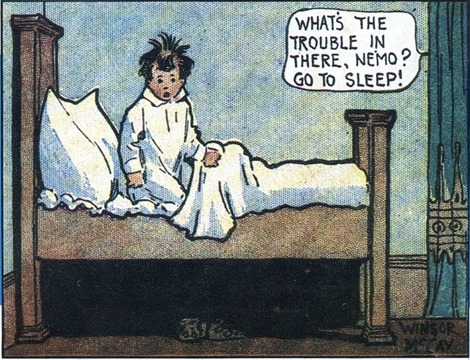 Sleep still doesn’t come easy in our house. From the toddler who’s ‘sleepy train’ would arrive but only depart to actual sleep after a lengthy periods of calm after a day full of adventures, by the time Nemo started kindy, things got more complicated.

At about 4, we saw pretty impressive night terrors at random times in the middle of the night. His screams had me bolt to his rescue, find him upright in his bed – to wake him, he basically needed shaking. It was so scary.

Bedtime was getting more complicated too. Mostly alone due to my husbands nightwork, I now faced no more a peaceful downtime but a lot of anxiety and questions – so many questions! – at night.

Autism was still not on my radar, but it was clear that he struggled to ‘digest’ every day’s events and interactions – all these things became more complex now and harder to understand.

Sometimes, not questions but moves were the solution. Nemo would frantically race through the house, banging into walls, jump on the bed, or on the spot. In his room, I could hear him hum, talk, and rumble. He would come out again and again to “check on me”, complain if the house was too quiet, but also if it was too loud. We discussed many imaginary and real pains/itchiness/anxieties.

All this after reading to him, after singing, after cuddles, after dimming the lights, all that jazz. He just could not sleep! I experimented with different physical sleep arrangements, light variations and A LOT of singing, and honestly, more than once I nodded off myself, it was so exhausting.

One day, I installed an old mp3 player with a speaker at his bedside. It had a broad mix of music and we started playing the more calmer albums to see how it would go… What happened was that he would listen to the music until he knew a song and then get up and inform me about it! Not exactly what I wanted.

And then he found HIS SONG.

It was “Chan Chan” by Compay Segundo. The album was on the player. He asked me to repeat it after he heard it once. And again. I put it on repeat and left the room.  When I checked on him later, he was still awake, but calm. Finally, he fell asleep. The (wonderful) Cuban music on repeat had somehow occupied his brain just enough to settle him, but not too much to stir him further. At least that’s what I think. He does not speak Spanish, so I believe the song was like a soothing white noise and it helped him get closer to actually sleep.

We staid about 8 months on that song. It didn’t bother me hearing it waft through our house for many, many nights. Compay Segundo brought peace to my boy and peace to me.

A diagnosis of Asperger’s / ASD and 2 1/2 years of rather troublesome school experiences later, we  have a cuddles&talk or reading routine for bedtime. Now Nemo likes to read for a while by himself, mostly fact books.

We have a broad collection of music. Nemo sometimes choses himself, sometimes I decide. It works with classical music, but also slow rock and ballads, Nemo likes Sade, Al Green and Elvis (for the last weeks, we are stuck on “Now and then (there’s a fool such as I)”  yep. didn’t even know that song really). Modern music, 80sRock etc, much appreciated during the day, are not working for sleep time at all.  One song, on repeat, until sleep. On days with ‘incidents’, I actually leave the music on, at low volume, in case he wakes up at night. But he hardly ever does.

For us, this works. Although he falls only asleep between 9 –10pm, so still a late bedtime in the eyes of many, my son sleeps most nights ‘like a baby’ (well..) or “like log” as we say, as he can be moved around and nothing wakes him up. He rarely wakes up before 7, so he gets 9 – 10 hours of sleep.

I know how lucky I am compared to many parents of sleepless children, autism or not. I have discussed and discarded the idea of medication for Nemo. I know that for others that is the only solution, at least temporary, and I do not judge them. I believe though, especially for children, that it is important to do this in a medically supervised way, never with ‘over the counter’ products. Children are so fragile and sleep is a precious part in their development, I fear too much medication at a young age will not allow for their own brain to develop pathways to sleep..

I cannot know if one day, music will just not do anymore. For now, I am just thankful to Compay, Elvis and all the others…