In my son’s school, ‘anti-bullying policies are broadly advertised and in his class; Nemo sits close to a wall full of coloured-in versions of the “do the HIGH FIVE” hand.

Now after their first ‘bullying awareness’ lessons at in prep, I have spent a lot of time explaining to Nemo that not every grimace, every funny voice, every joke made by the boys is meant to tease him. Nemo often pushed children away that were trying to make friends, in a silly kid kind of way.

But this has now changed. In the last 2 weeks, some boys in his class have taken to “test and trigger” his sensitivities – on purpose. The result is that my son, usually inclined to yell and flee from stress has now repeatedly tried to smack them to stop it, including to the head – and he was suspended for a day this week (no one was hurt, they were still laughing).

Now there are a couple of reasons why the dynamics in his class has changed (teacher changes, new students, a long term)  and I understand it is beyond the control of the school. I accept the disciplinary action, sort of.. (I have not grown up in Australia – suspension for a 7 yo?! ) Until recently, I was quite happy with the support by teachers and special ed’ dept. We had great results.  Nemo was less anxious about school, confident and stable in class.

But the school’s response to this acute problem, let’s call it “budding bullying”, is flawed by the fact that they have a policy that does not allow them to “single out the children with special needs” – to avoid bullying. It is obvious, Nemo is different, he has some special arrangements in class, gets one-on-one time and so forth.. Still, they believe saying ‘this child has autism’ will lead to more bullying. I have come to think that I totally disagree. 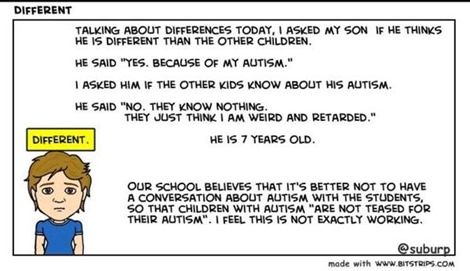 I believe children, especially young ones, have a natural need to be ‘like the others’ and belong. But they also have a much greater flexibility to accept differences, when they get help to understand them.

My son doesn’t look different. But his social behaviour is a wild mix of toddleresque outbreaks of love or anger (this can change fast!), and an odd übercool teenage attitude that is a lack of understanding of polite, friendly gestures or clumsy copying of others in the wrong social context. He has autism.

I am not spruiking his autism to my son as a special gift but he knows it’s nothing to be ashamed of either. It’s not “a label”. It’s our reality.

By teaching only generally about “everyone’s different weaknesses and strengths”  – “yay, we are all different!” – the school is maybe respecting the wish of other parents, but certainly not mine. My son’s “difference” obviously does not appeal greatly to the kids (he has no real friends) but also, they do not understand him at all. They are not educated about autism. If they were, of course, some kids – the present and future bullies –  will still tease him. But the OTHER children, those that say nothing, those that I still think could be his friends, would they not be able to support, even defend him better ?

I do not care about the bullies. They will come and go. I am certainly not naive, this is just the start. But I do care about education. Acceptance ALWAYS comes via education. We instinctively fear what we do not know or understand. Ableism is just a form of Xenophobia if you will.  We fear what is strange.

I am still pondering how to tackle this, but something needs to happen. I want to work WITH the school, not go full frontal. But I think that long-term, the outcome of an initiative with information about autism is in the interest of all the children. It’s the same with the continuous calls for “autism awareness” vs actual integration and acceptance. Most of us are quite aware of autism. For real acceptance though, society has to learn about it too. 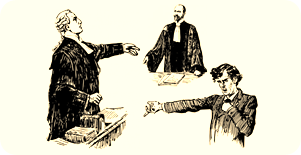 Last week I heard it 3 times.

You are the best advocate for your child.

I wasn’t actually familiar with the expression until I heard it from a teacher last year. The same teacher who had just let Nemo live his first 3 weeks in grade1 rolling on the floor and hiding under tables – without telling me about it!
When I told her that I will now find a solution with the principal, she told me the advocate thing, so encouraging! Obviously seeing no fault in her behaviour  (she had told me she had ‘special needs training’ before – for what it’s worth..)

So over the last year what I found is that people say that a lot to me, and it seems to mean  “Yeah, you’ll actually have to figure this out yourself” .

Now, my closest friends know that I have been a lioness for my son in the past, literally removing him from a hostile pack in my savannah and leaving for very unknown territory. All by my own.
Brave –  because I had to be, to protect him.

But this advocate thing? Not sure.

Of course, I will love him, support him and supply for anything in the limits of our possibilities. But I find it frustrating and complicated to find out what it is that we have access to, what can be supplied and by whom. By law, or privately, locally, or nationwide.

Why is that so damn hard ?

Yes, I have been handed brochures, am reading relevant websites, and am now in touch with professionals in school, a paediatrician, a psy…

Still it seems that all impulses are coming from me, and from me alone. There is no one who sits down with a parent of a child newly diagnosed with autism and says : “First you do this, then you call there, and you also have rights to this, or try this.. “

It’s all over the place and people are not working together. You miss out and lose time. A lot.
Yes, I do want to be an advocate for my child.
But if I go to court for something serious, I will also not hire my bestie hoping that she will somehow pick up the complete legal system ‘as we go’ and get me through it.

I mean, maybe I am ungrateful. I was heard in school, got the diagnosis quick, some financial aide and have access to therapies. Sometimes, I feel I am very lucky with all that, here in Australia, in my corner of Queensland. It could be way worse.

But what if my English wasn’t so good, or – without being pretentious – I simply wasn’t smart or perseverant enough to deal with administration? What if I wasn’t a reader of blogs, for inspiration and relief, what if I was not able to put my foot down (a little) when necessary ?

Being your child’s advocate is serious business!
If you read this, you are probably in it as well. And all without any special training. Yay us.

Here is a more composed and equally as truthful post about advocacy for children with dyslexia. Just replace with the special need of your choice or in your life. 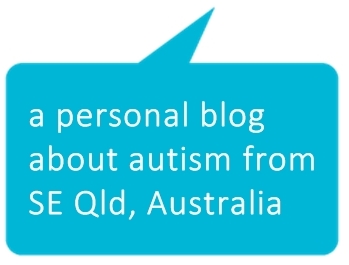